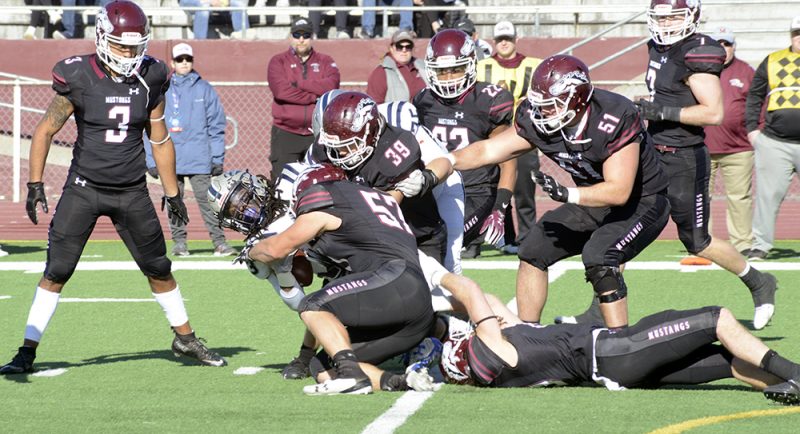 Mustangs pluck the Hawks; St. Xavier in the quarters

Led by a record-setting AP Ponder, Morningside opened postseason play with a 54-17 win over Dickinson State. Ponder, a junior, set the Mustangs’ career rushing mark of 3,846 yards. Read a full game summary HERE. Next up for Morningside is St. Xavier. The Cougars topped Northwestern 25-20 in Orange City. It will be a re-match… 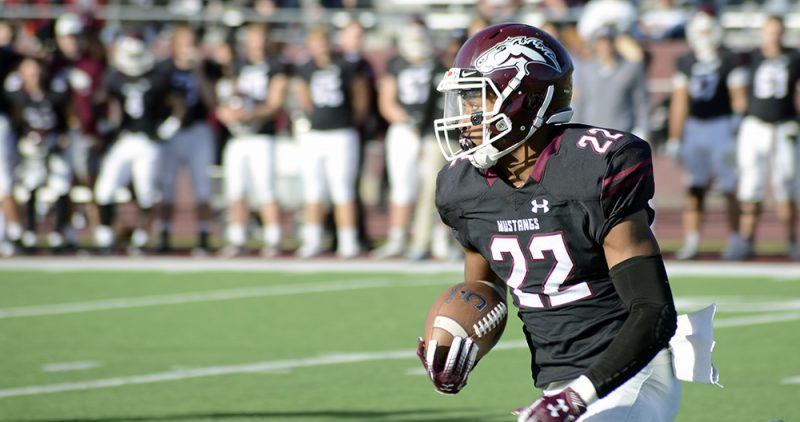 Mustangs Look to Make Another Deep Run in 2019 Playoffs

by Steven Cutler–After ripping through the regular season with an undefeated record, the Morningside Mustangs football team earned the #1 overall seed in the NAIA Football Championship Series. Morningside will welcome the #16 seed Dickinson State Bluehawks of the North Star Conference to Sioux City this Saturday at noon.

by Kiki Bennett–Sophomore Jojo McKibben went from being at the top of the conference in the 100-meter dash to qualifying for cross country nationals in the span of six months.

Mustang bowling has a stellar showing

by Abby Koch–Mustang men added another win to their record with a score of 96-88 against Dordt. They now move to 5-0.

by Abby Koch–Morningside women’s basketball started the Saturday evening Dordt doubleheader against their #5 ranked women’s team. The Mustangs pulled off a victory with a close score of 81-78.