Photo, Sports / March 12, 2020 Round One: Photos of the Men’s and Women’s National Tournament

The long ball kept College of the Ozarks close, temporarily, but once Morningside established its inside game, the Bobcats wilted. The Mustangs easily picked up the first round NAIA National Tournament contest 99-58. Next up is Oklahoma Wesleyan Friday morning in Sioux Falls’ Sanford Pentagon. Note: The NAIA has announced only immediate family and official...

photos by Mackenzie Bennett For a story and results click HERE.

by Jonathan Covert–In a matchup the Mustang men swept during the regular season, a threepeat was not meant to be Wednesday night against Hastings. Hastings charged out against Morningside to take home an upset 84-80 win. The Mustangs went up 15-6 at the start of the game, but that would be the biggest lead the...

by Jonathan Covert–Morningside made it three for three against Northwestern Wednesday in the first round of the GPAC women’s tournament. It took an overtime period, but the Mustangs advanced with a 90-87 win. During the season, the Mustangs swept the Red Raiders 76-66 at home and 78-68 at the Bultmann Center in Orange City. The...

by Jonathan Covert–The Grand View University Vikings made quick work of the Mustang men on Tuesday night, winning in straight sets. Grand View University is currently number two in the National Association of Intercollegiate Athletics (NAIA) rankings. The Vikings, who were on a quest to win their 14th straight game, got out of the gate...

photos by Abby Koch–A big fourth quarter powered the seventh-ranked Morningside women to a 74-60 win over visiting Jamestown. Read the game story HERE. The Mustangs, third in the GPAC, wind up the conference season at St. Mary Wednesday, and at Northwestern Saturday.

By Andrew Schnebel– The Morningside Mustangs men’s basketball team faced off against the number 6 nationally ranked Dordt Defenders Wednesday night in Rosen Verdoorn. The Mustangs suffered a heart breaking loss. The ending score was 83-74. Kevin Zoz led the scoring for the Mustangs with 15 points. Three of the five starters were also in… 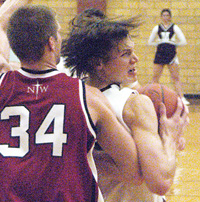 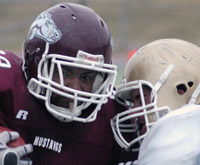 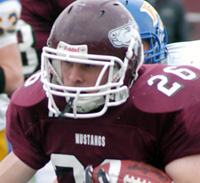 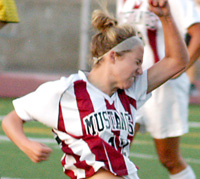