The students, mostly from the theater department spent the week in Des Moines, Iowa for the festival, which held a wide range of theater workshops in acting, writing and production.

Theater professor Taylor Clemens stated that the festival brings colleges together, “creating an artistic community.” He also said the festival provides an opportunity for Morningside College and its students to get the school’s name into the theater community and to share ideas with peers.

Senior Jaden Lux noted that the atmosphere of the festival was a sharp contrast to the stuffy reputation that is often associated with theater professionals. “The whole community was so welcoming,” he said. He also said the biggest advantage of the festival was the chance to network and meet others involved in theater.

Sophomore theater major Joey Volquartsen said that there was almost too much to do. “I could have done a whole other week there,” she said.

Volquartsen also said the festival was a good opportunity to learn a lot of specific theater skills, such as embracing a character or firing prop guns. Other workshops focused on all aspects of theater, such as auditioning, playwriting, and even composing scores.

Sophomore Brock Bourek and Lux were part of the Irene Ryan acting competition. A KCACTF representative that attended Morningside’s production of True West selected them.

Neither made it past the first round of competition, unfortunately. Lux said that the competition process was incredibly difficult, as competitors had only two minutes to perform a scene and a monologue, and over 300 people competed. “There was a lot of talent there,” Lux said.

Attendees also had the opportunity to audition for professional theaters. Lux said he’s received callbacks from several theaters in the Midwest and a conservatory based in Los Angeles and New York City since the audition.

Clemens said that the theater department plans to expand its involvement with KCACTF. A respondent will be coming to four Morningside productions before next year’s festival, allowing 8 opportunities to participate in the Irene Ryan acting competition.

The theater department will also continue a partnership with Alpha Psi Omega, the theater fraternity, to allocate funds to allow students the opportunity to continue attending the festival. 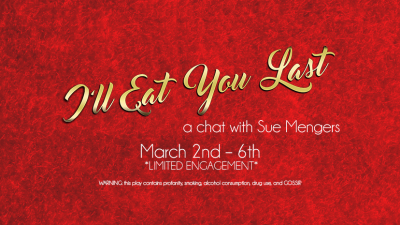