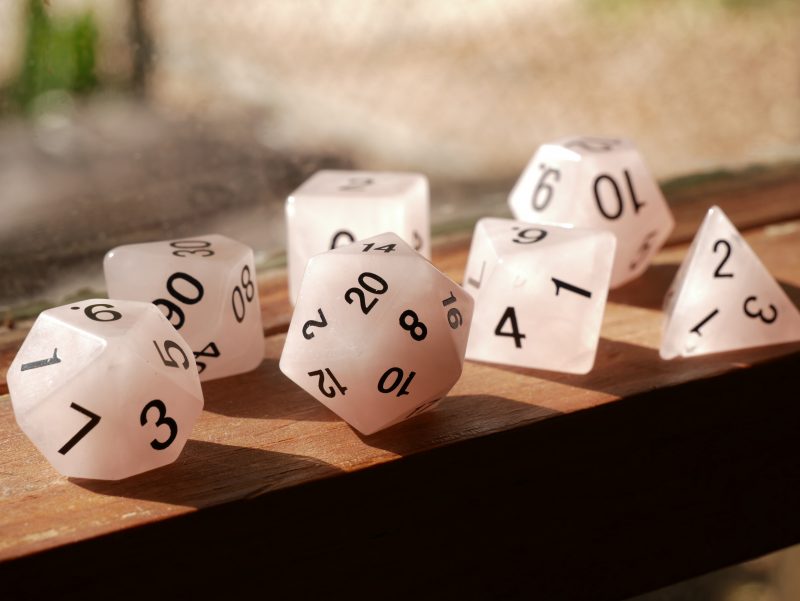 By Rena Ketelsen – Dorms and Dragons is a student group which is organized by David Elder.

This group is split up into smaller groups that meet on a weekly basis to play Dungeons & Dragons (D&D). According to Elder, this semester has 30 to 40 students with six running campaigns.

This is Elder’s second year of organizing Dorms and Dragons. He explained that he used to play it during is own college time.

Dungeons and Dragons is essentially a tabletop roleplay game. There is a so-called Dungeon Master who prepares a story and there are several players who each play a different character. They play that story but are able to improvise and change it as well. The game can be played on a board with a map but it can also be played without that.

Elder summarized that the game “is a lot about imagination and storytelling and also rolling some dice.”

He thinks that this game is fun to play because people enjoy the idea of roleplaying.

One thing that stands out to him about the game is that many different types of people play the game.

Eli Werden, the president of the student group, is a sophomore and this is his second year participating in Dorms and Dragons.

Werden explained that the game is fun because “[…] instead of having to imagine what it would be like to be in a fantastical world, they [people] get to actively live it and create it.”

He recounts one of his most memorable experiences from the last year when he was playing a monk and did things that a monk most certainly wouldn’t do. Among other things, he became a vampire and watched his party burn down a village.

Elder explained, “They [the players] can really do anything in the world.”

According to him, Dungeons and Dragons was very popular a few years ago. Then it lost some of that popularity but there are more people now who are playing it again, perhaps because of the TV show Stranger Things.