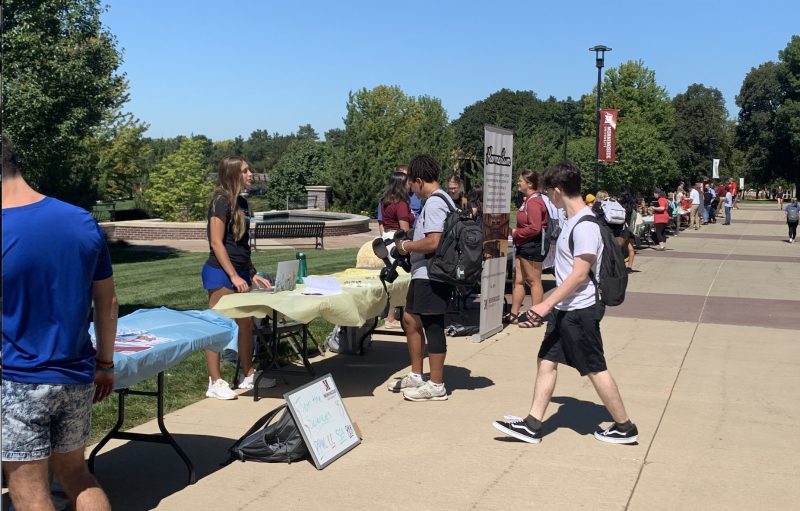 by Payton Manning–Morningside University welcomed students back to campus this past week by gathering its clubs and academic groups to attend the annual Activities Fair.

Morningside’s campus is home to over thirty student groups across all academic disciplines. The goal is to engage with students and give them the chance to get involved during their time at the school.

“We saw so many Freshmen at the activities fair today. It is awesome to see so many students take part in the Morningside experience,” said Caleb Lubbers, Morningside University Student Body President.

Student Government is in charge of the annual activities fair under the guidance of President Lubbers. Each year Morningside strives to allow students to get involved on both the campus and community levels.

The activity fair is equally beneficial for the students and the student groups. The event is an opportunity for groups to gain publicity that they may not get year-round when advertising for themselves.

“The Activity Fair is great because it allows organizations like mine to recruit and be visible within the campus community. Campus media is tucked away in the back of the library. Many students walk past without knowing what Campus Media has to offer,” said Caden Schulte, student station manager of KMSC Radio. 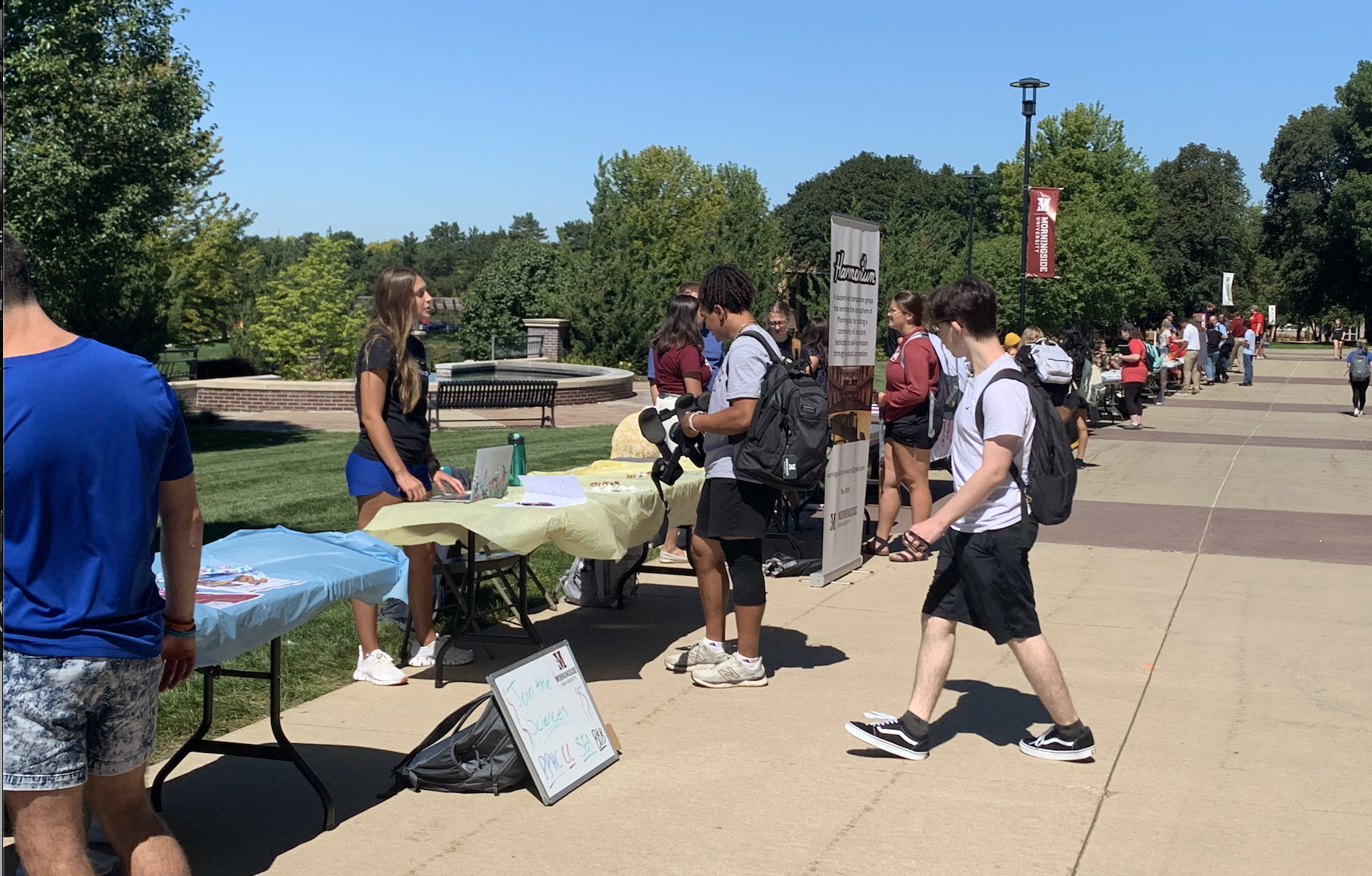