Home » Educate Yourself and Advocate with the Diversity, Opportunity, and Togetherness Club 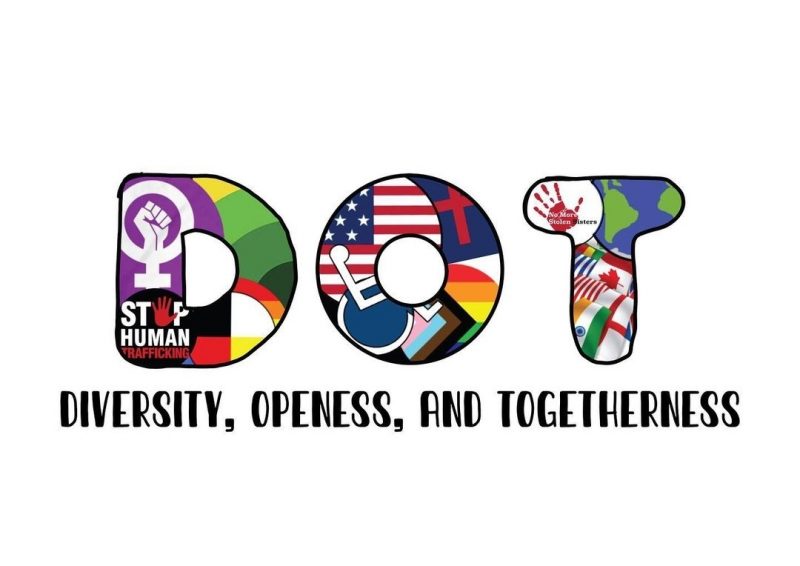 Educate Yourself and Advocate with the Diversity, Opportunity, and Togetherness Club

Diversity, Opportunity, and Togetherness (DOT) is a newly revised club this year on campus. DOT’s purpose is to celebrate diversity, educate and advocate for all Morningside students.

Diversity club used to exist at Morningside, but it died out and the founder handed it over to Camrie Miranda. With the help from Lukas Knudson, they revamped the club’s logo and name, hoping to get more attraction.

“With everything that has happened on campus recently, I think it is important to have a place for students to feel safe,” said Camrie. Not only will they be discussing cultures on campus, but other less known cultures as well. The point of DOT is to educate about all diversities in religion, culture, gender, and so much more.

Lukas said, “As a member of the LGBTQ+ community, I think education is the most important aspect of prejudice. Education is the first step to decreasing prejudice.” DOT will also be working with the faculties Diversity, Equity, and Inclusion committee on creating events for students. They currently have two Safe Zone Project workshops coming up at the end of September and the beginning of November.

DOT will also be working with the Spanish club for an event to celebrate Day of the Dead in November.

Meetings for DOT will be every Monday at 4 pm in Pastor Andy’s office on the lower level of the student center. Camrie and Lukas want to remind everybody that even though the meetings are held in a religious location, it does not mean people have to be affiliated with religion. “If you can’t make the meetings, you can still make the events,” said Lukas. They would love to see all kinds of students join and even bring in their own ideas for events or activities.