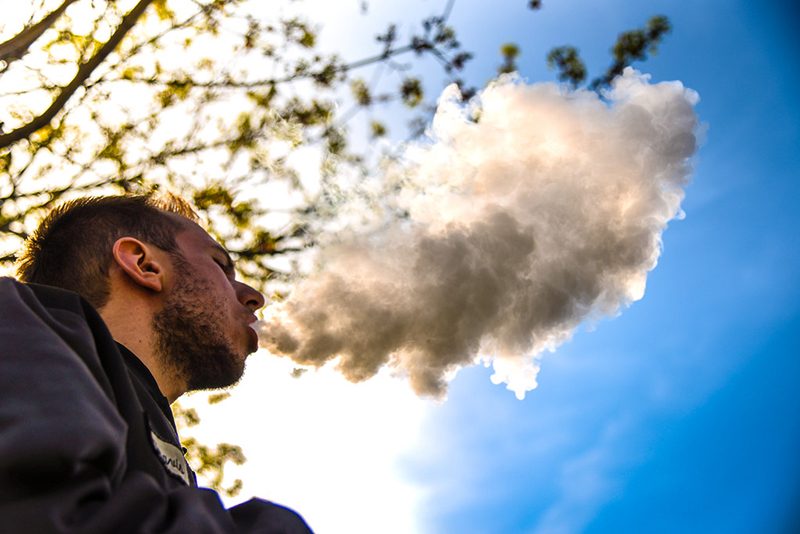 by Mackenzie Bennett–With several dead and hundreds hospitalized, the Trump administration will soon ban flavored e-cigarettes. According to CNN several other states are also creating legislation for their own bans.

So, how do Morningside students feel about this vaping pandemic, and will it stop them from vaping? Many students at Morningside feel uneasy about the recent heath concerns tied to vaping, but others don’t care.

A Morningside sophomore said, “I like the feeling of it. But, a whole bunch of articles are coming out that scare me that make me not want to vape.”

Others continue to enjoy it despite the health concerns. Max Edwards is one of these Morningside students. “I am not worried about the new health concerns surrounding vaping, because vaping is lit,” he said. Edwards, like many other young vapers, said that he got started vaping because “my friends told me to.”

Some Morningside students are totally against vaping, like sophomore Katy Anderson. “I don’t feel that great about [vaping]. I know a lot of people do it at the high school level, which is scary,” she said.

High school students are also vaping. According to the New York Times vaping should not be done by teens and should only be used by those who are trying to quit smoking.

Vaping has serious effects on the body. According to Kali Hill, a Morningside nursing student, “Its really bad for your lungs because it causes them to constrict which leads to not enough gas exchange to the rest of your body.”

Not having enough gas exchange has serious health concerns, and can lead to tissue damage and tissue death.

It is truly puzzling to many non-vapers as to why people are continuing to vape despite all of the problems with it. Hill believes it may be due to peer pressure. “It’s a social thing. They think it’s cool so when one person does it leads to another.” Edwards said he likes doing it “because I get bored and I like blowing fat o’s and fat clouds.”