Home » One Medical Scare Leads to Another for Mside Art Professor 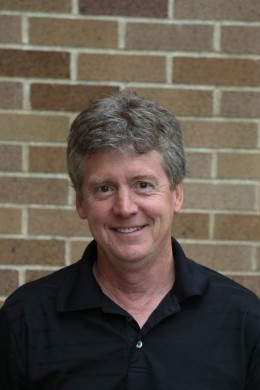 One Medical Scare Leads to Another for Mside Art Professor By Alyssa Nehring–After being rushed to the ER while lecturing a class, John Kolbo has had a stressful couple of months with a whirlwind of doctor appointments.

During fall of 2014, Kolbo was experiencing bad headaches and other symptoms, taking ibuprofen, and missing a day or two to cope with the pain. After seeing any doctors here in Sioux City Kolbo was still without any answers. In November 2014,  Kolbo noticed blood coming out of his ears while lecturing in class. He was quickly rushed to the Emergency room.

Kolbo received a diagnosis from the Mayo Clinic  in Rochester, Minnesota. He was diagnosed with subdural hematoma, which is blood pooling around the brain and was at very high risk of a stroke. The very next day he had surgery to drain the blood.  He was hospitalized for ten days and was back teaching in no time.

“I was ready to jump back in, I had already missed enough. And I never really felt sick,” said Kolbo.

However, during an MRI the doctors noticed a tumor on the right side of his brain, which was completely unrelated to the hematoma. The doctors informed Kolbo of  the tumor and that they were watching it to see if it was active. They found out that the tumor was an active high-grade tumor. They scheduled surgery to remove the tumor in July, so he could continue to teach during spring of 2015.

After surgery, they waited until the tumor healed before starting radiation. Kolbo spent seven weeks at the clinic, making it impossible for him to teach fall of 2015. One of his sons came down and stayed in Mayo with him for four out of the seven weeks.

He recently just finished his 4 months of chemotherapy and is back teaching at Morningside. Kolbo still visits Mayo monthly and gets scans every other month. So far, there are no signs of the cancer advancing and the tumor area is healing. The cancer could kick into high gear and cause more problems for Kolbo. However, Professor Kolbo sees a silver lining in the past several months.

“It was really a blessing in disguise, without the blood pooling around my head they wouldn’t never found the tumor. But I have faith, I have hope,” said Kolbo.