By Rachel Potter–The Super Bowl is one of the most watched programs on television. This year’s Super Bowl is a milestone year–celebrating 50 years of Super Bowls.

According to Food And Wine.com  over 1.3 billion chicken wings will be served, along with 4 million pizzas during today’s big game.

Most people at Morningside College already have plans for the big game. Residence Life is hosting its annual Super Bowl party in the Dimmitt Informal lounge with wings and pizza provided.

Kayla Inlay, a freshman, will be going home for the weekend because her family is having a party. Ashley VandeStouwe, Sophomore, plans on staying on campus for the Super Bowl, but does not have all the details for her game day set.

“I am the kind of girl who goes with the flow! I will definitely be watching the game with friends though,” VandeStouwe said.

Students were asked who they wanted to win this Sunday. A few students want the Broncos to win because they think Payton Manning deserves another ring. However, others want the Panthers to win because former Morningside running back Brandon Wegher was an undrafted rookie in 2015 for Carolina.

“I think it would be amazing if Wegher got a Super Bowl ring his rookie year in the NFL!  Hashtag rollstangs [sic]” stated Kayla Inlay.

Super Bowl 50 airs today  at 5:30 on CBS. Millions of Americans will be watching–whether for the commercials, the social aspects, or for the game itself. 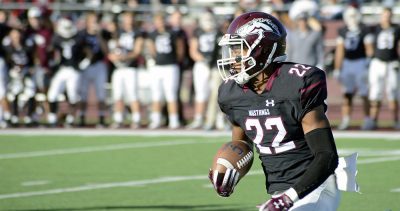