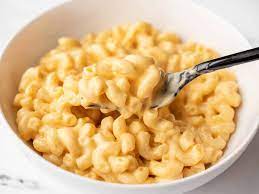 by Josie Dike– Recently the Mustang Grill, or locally known as Bucks, located downstairs in the Olsen Student Center, has introduced a new macaroni dish to their menu.

“The new mac and cheese is fire, and I like that they have a new option for us on the menu,” said Sydney Lueth.

You may also build your own macaroni dish by picking your favorite protein and veggies, adding however much cheese you’d like, and other garnishes for extra flavor.

Gabe Marthaler, a regular at Bucks said, “I really liked the four cheese bacon macaroni and cheese, it is simple and I like to ask them for extra bacon too.”

The first night the dish was released they ran out of most of the customizations, so get yours while supplies last!