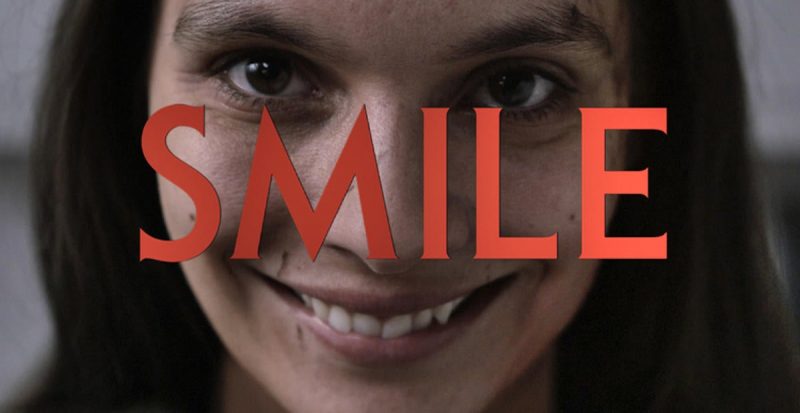 By Payton Miller- Smile, the movie that took the media by storm through its creative advertising techniques, has fallen flat in its delivery of psychological horror experience. After its release on September 30th, audiences have had mixed reactions to the 17.6 billion dollar movie.

Leading up to its release, Smile’s marketing team was working its magic with its unique methods of building up anticipation for the movie’s debut. The movie hired actors called “Smilers” to show up at public events and deliver demonic smiles to cameras all while wearing bright yellow shirts with “Smile” scrawled across the front. A creative and cheap way to catch the public’s attention.

The hype surrounding this movie was electric, and people everywhere were excited for this movie to be released. The trailer was enticing enough to get people interested but vague enough not to give away the major plot details.

The movie follows Dr. Rose Cotter, a therapist working in a psychiatric hospital. Arguably the most disturbing moment in the film happens within the first 10 minutes when a patient is brought into the hospital and appears to be experiencing delusions of a psychotic nature. Unfortunately, the rest of the film failed to live up to that moment

It appears to me that the directors used a demonic smile as a crutch, hoping that it alone would continue to induce fear in its audiences throughout the entirety of the 115-minute film. That concept combined with a myriad of jump scares led to a movie where very little is accomplished.

Throughout the majority of the movie, Dr. Cotter is fighting an invisible force. When we finally get our first glimpse it presents what looked to me like a cartoon character villain. Some members of the crowd even let out a giggle upon seeing the face of the monster that’s been haunting our main character.

As a viewer, it seemed as though the directors compromised a satisfying ending to the story for the chance to revive the concept in a sequel. Because of this, the ending was slightly confusing and not quite what the audience wanted for the character or the story.

As a horror fanatic, this movie didn’t give me the thrill I was looking for and left something to be desired as far as a spine-chilling experience.