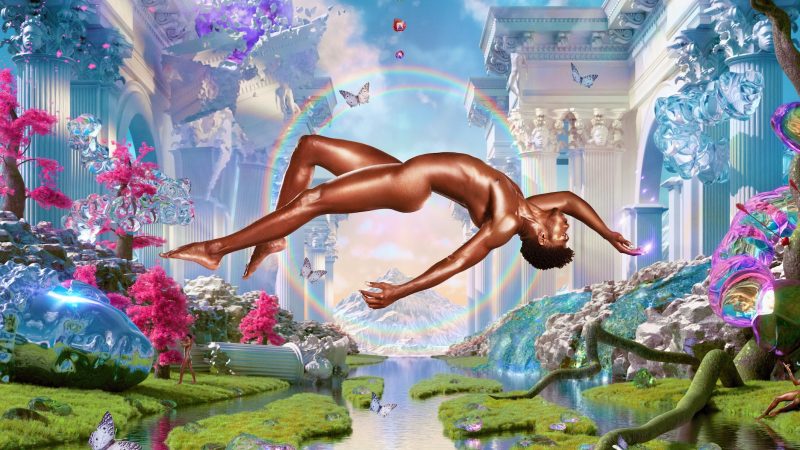 “Montero” is the debut album of Lil Nas X, the pop star/rapper who began his career in 2019 with the viral hit “Old Town Road”. It has other hit singles he released including “Montero (Call Me By Your Name)”, “Industry Baby”, and “Sun Goes Down”. There’s a multitude of genre styles throughout the album from his signature pop rap selections, to slow r&b feels, and even reaching out to the rock type of songs.

Lil Nas X does not hesitate to sing about darker topics like loneliness in “Void”, mental illness in “Tales of Dominica”, heartbreak in “Life After Salem” and homophobia in “Sun Goes Down”. Lil Nas’s songs relate to his life and his vulnerabilities, beautifully communicating them to his audience in hopes they can relate to him or at least have his story through personal narration. “One of Me” includes a feature from Elton John who is an icon in music for the LGBTQ+ community, Lil Nas X included, so the song having a spiteful edge of people giving backhanded compliments, telling him he won’t make it big, and having fake people around him made the song that much more emotional.

Lil Nas X is a master in the marketing department. He used TikTok and Twitter as his main forms of promotion and communication with his fans. Posting memes, creating funny videos, and even getting pregnant weeks before the album release. All of his posts included him with a pregnant belly, talking about baby “Montero” kicking, and even throwing a baby shower. That’s just on the social media side of things. Lil Nas’s name was in everyone’s mouth when he released “Montero (Call Me By Your Name)”. The music video of him descending from heaven to hell on a stripper pole and giving Satan a lap dance created uproar for weeks. This gained him views from both his fans who liked the video and those who despised his art choice; either way it gave him that platform to push out other hits. This then leads to his recent single “Industry Baby” where Lil Nas in jail and there are gay men dancing naked. Again, Lil Nas X was trending on social and traditional media.

The day of his album release, Lil Nas X announced a pre album watch party on YouTube where he created an hour long host show like Ellen or Jimmy Kimmel. He was both host and special guest of the show. Where he rolls into a dramatic scene of his water breaking and the delivery of baby “Montero” his debut album. What was different about this album release to others is that he posted all of the music videos to youtube so listeners can have that visual experience as well when they listen to his works for the first time.

I personally think that he made a beautiful piece of art. There is literally no skippable song in this album and he has a vibe for almost every mood.  He also includes features from trending artists like Megan Thee Stallion, Doja Cat, and Jack Harlow, and icons like Elton John and Miley Cyrus. I also think that’s a flex for Lil Nas X to have a feature from both Miley and Billy Ray Cyrus. I have been a fan of Lil Nas and have enjoyed seeing his growth from the EP’s where he performs as what he thinks his audience would want, to him being true to himself and changing the music industry each viral hit at a time.