Home » The Snap: ‘The Falcon and The Winter Soldier’ Has a Solid Beginning 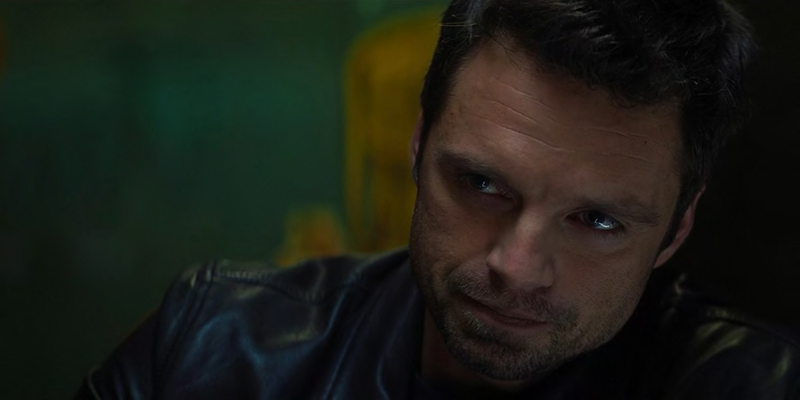 The Snap: ‘The Falcon and The Winter Soldier’ Has a Solid Beginning

by Abby Koch-After quite an experimental run with “WandaVision,” Marvel debuted their next series with “The Falcon and The Winter Soldier.” This second Disney Plus series isn’t subtle about the fact that it has a familiar Marvel formula that viewers have grown accustomed to. Despite returning to this narrative format, it is solid in laying out the ground work for two side characters becoming main characters.

Director Kari Skogland (Netflix’s The Punisher, Epix’s “Condor”) is at the helm for all six hour-long episodes. The show is a visual blend of the spy feel from Captain America and an element of the flight scenes of Iron Man. Viewers who expect the show to be a thriller spy series should prepare themselves for a more lighthearted feel. It is clear from the first scenes that Marvel held back no expense for scenes.

“The Falcon and The Winter Soldier” runs every Friday until the final episode on April 23. After the series ends, there will be a week long break until “Black Widow” drops on May 7.

The show kicks off with typical Marvel fashion, an intense first few minute long brawl with quite a few explosions. Sam Wilson, played by Anthony Mackie, has a collected demeanor as his wings spread to fight some baddies as the Falcon. All of the action is made ironic to Sam’s promise that he would keep things subtle.

After everything goes boom at the beginning, the rest is… well, subtle.

Sam is dealing with being back in the world after Thanos’ snap and is uncomfortable becoming a new version of Captain America. He is trying to figure out life after missing five years of it by trying to get loans for his sister’s business while being contracted by the military. He also gives up being the holder of Captain America’s shield, due to it feeling “like it’s someone else’s.”

Bucky Barnes series intro, played by Sebastian Stan, has a darker tone to his character as he struggles with horrors of his past. Much like the Falcon, Bucky is rebuilding his life by atoning to those who wronged him and attending therapy for his PTSD. He has also befriended an elderly Japanese man who has lost his son who pushes him to go on a date with a waitress.

This episode sets up the personal struggles that these two characters are facing after the events of Avengers: Endgame, much like WandaVision did. The series has the same feel that many buddy cop movies and shows have before the two main characters meet, having a low before the partnering up.

Mackie and Stan return back into these roles with ease, showing the dynamics of their acting skills as the characters deal with the world post-Blip. Stan shines more in this pilot episode due to the narrative set up given to him and issues he is dealing with. An example of Stan’s abilities was a scene of his therapist and Bucky going back and forth about how he is doing.

The visuals for the show make me excited for what is to come. Falcon’s intro fight scene and a flashback scene for the Winter Soldier were movie level quality.

Narrative was a little bit lackluster for me, but there is still a lot of show left to go. Groundwork of introducing the characters and villains wasn’t bad, it was a typical Marvel setup that we have seen before. Coming off of “WandaVision” although, the intro for this new series didn’t dazzle me. I was intrigued to some of the narrative plots fitting recent events of the world, with it feeling like commentary.

“The Falcon and The Winter Soldier” has a solid beginning for a story about two former side characters. It sets up the personal issues that they have and the world they are currently dealing with, like broken alliances and reestablishing identity.

Fans of “WandaVision” may be disappointed with this first episode due to it not being as experimental. But for those who didn’t care for “WandaVision” and the quirkiness of some its episodes will probably enjoy the return to Marvel formula beginnings.

Of course, there is a lot of show left. Who knows how it will take flight in the episodes to come.

Episode one of “The Falcon and the Winter Soldier” gets 7/10 sunken battleships.