Home » Dash on over to Netflix and catch Dash and Lily 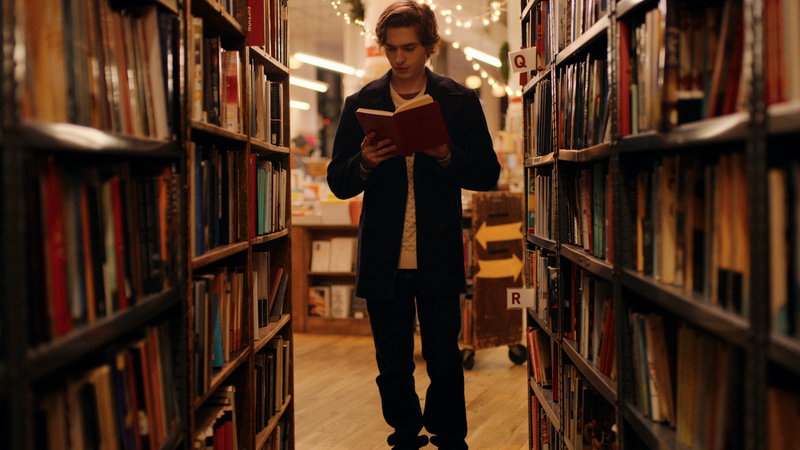 Dash on over to Netflix and catch Dash and Lily

I love bookstores, and I love television, and the combination of bookstores and television will almost always catch my attention. Netflix’s Dash and Lily, which debuted on November 10th, included a bookstore in its trailer (and so many more of its episodes!) so I had to give it a shot.

The show, based on the book by similar title, Dash and Lily’s Book of Dares, hit right on the money for a teenage rom-com. If that’s what you’re looking for, you won’t be disappointed.

Enter Dash, “connector of words,” and the book of dares he finds hidden on a bookstore shelf. Will he take the bait and chase “Notebook Girl” all over New York City?

Enter Lily, also “Notebook Girl,” who hid the notebook in her favorite bookstore. Will she trust what happens with the book, or will she be too scared?

That’s basically the plot. Add in some Christmas, and Dash and Lily is complete. However, despite this fairly simple storyline, the show deals with some pretty important issues.

Lily has always been known as the “weird girl.” She makes her own clothes and has few friends that are her own age. Her favorite activities include playing chess with her Grandpa and caroling with her apartment building “friends.” But Lily is smart, and confident, even when she’s running away from her childhood bully. Oh, and she loves Christmas.

As for Dash, he’s heartbroken behind a tough facade. After having his girlfriend move away, he is full of cynicism. His best friend, Boomer, even calls him out on his attitude, but he just doesn’t care. Not to mention he’s dealing with divorced parents and what he calls his dad’s “girlfriend of the month.” Oh, and he hates Christmas.

It’s a bit cliche with the opposites attract thing going on, but I was okay with it. By the end, I had learned that it’s okay to be different and it’s okay to be sad, but how you react to them is important.

Lily easily became my favorite character in this show, and I proudly want to yell “Weirdos unite!” out my apartment window. Dash just showed her where her extra courage was hiding.

Dash and Lily is a show I’ll be waiting for the second season for. In that case, I’m giving this show 9 books out of 10.