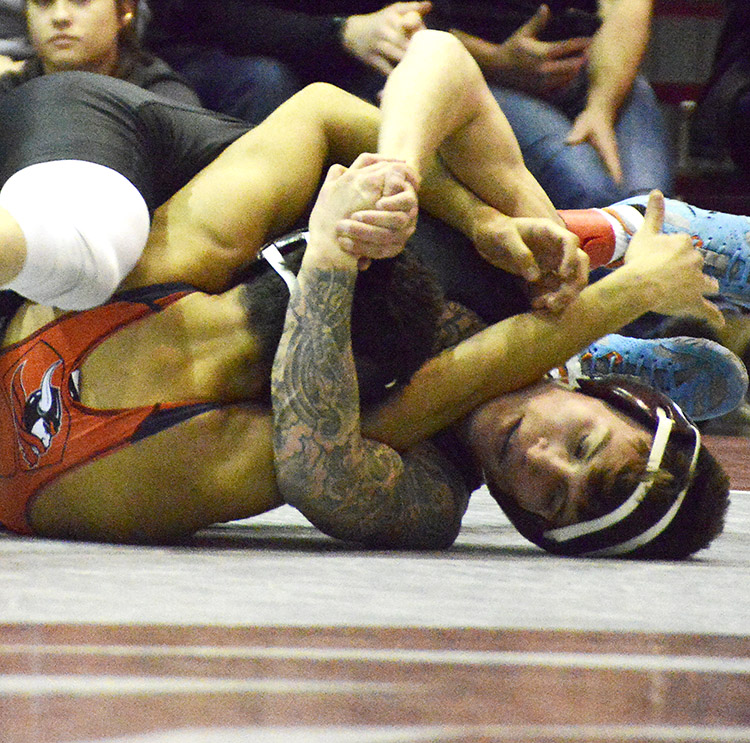 by Marcus Mackey–The Great Plains Athletic Conference released the listings of the All-Conference Wrestling teams, and Morningside seemed to be the highlight.

Three wrestlers were named to the All-Conference first team, and are the wrestlers that won first place in their weight classes at the Regional/Qualifying Tournament. Those wrestlers are Kegan Hessler, a 125 pound senior from Scottsbluff, Nebraska; Caleb Deemer, a 197 pound senior from Palmer, Alaska; and Phil Rasmussen, the 285 pound sophomore from Luxemburg, Wisconsin.

Morningside had the most wrestlers named to the All-Conference Teams with their seven. Midland and Concordia weren’t far behind, with six and five wrestlers respectively. Briar Cliff placed four, Northwestern had three, and Doane had two. Hastings, Jamestown, and Dakota Wesleyan all had one wrestler named to the teams.

To see the entire listings for the All-Conference Teams, click here.