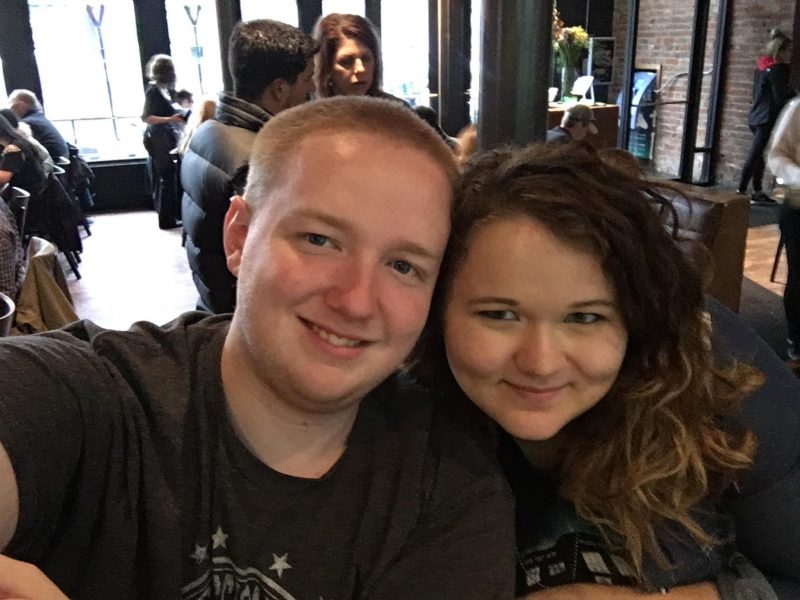 (05.06.2017) By Austin Brunick — Downtown Omaha, Nebraska is home to many great eateries, and by far the best place for sushi is Blue Sushi Sake Grill.

On April 29th I went to Blue’s for the first time, and my first impression based on the outside was that it was just another typical downtown restaurant.

Part of a string of different businesses, the outside was brick with a bright blue sign above the door, and, like much of downtown Omaha, parking was limited, but a parking ramp no more than a half a block down made the restaurant very conveniently placed.

Walking into the restaurant for the first time, however, was a bit of a shock. Having eaten at Fuji, in Sioux Falls, South Dakota, and Sake in Brookings, South Dakota I was expecting an attempt at making you feel like you were in Japan.

Blues was different however – the atmosphere was very quiet, yet energizing, and the dimly lit restaurant forced your eyes toward a large TV placed behind the sushi bar.

Seating was full while I was there, due in part to prom weekend being that weekend in much of Omaha. My girlfriend and I chose to sit at the bar, which was a neat experience, as we were able to get a glimpse at how the sushi was made.

For an appetizer we ordered the Mango Crab Rangoon, which are served with, as described by the menu, “[a] mango and mirin puree, fire-roasted fresno pepper sauce”.

I could have eaten these as an appetizer, dinner and dessert. The mango puree, pepper sauce and rangoons balanced each other out perfectly and at no point was the heat too intense.

The main course included two rolls, Crunchy Blue and Crunchy Red. While these rolls sound similar, they were entirely different.

The Crunchy Blue roll was an explosion of flavor, and the spicy crab and eel sauce were very prominent in the bite.

The Crunchy Red, on the other hand, had a crunchier texture thanks to the crisps on the outside of the roll, and the addition of avocado was a nice change of flavor.

Finally, for dessert my girlfriend and I ordered the Chocolate Spring Rolls, which took a little longer to come out than I had hoped for, but came to us fresh.

The first bite was a bit of a shock, as I thought the syrup would have been milk chocolate, but to my surprise it was semi-sweet.

My personal opinion is that a white chocolate sauce would have worked better with the raspberry puree, however this may have also made the dessert too sweet.