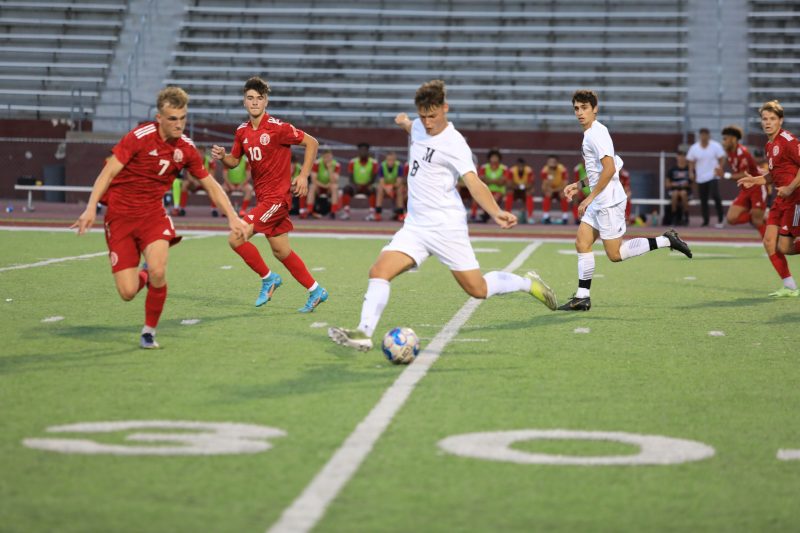 By Rena Ketelsen – Soccer coach Tom Maxon reflects on the first part of the season with the women’s and the men’s teams.

Both soccer teams have their first two GPAC games behind them. While the men’s team won both of them, the women’s team didn’t.

Women’s and Men’s soccer coach Tom Maxon stated that both teams this year are good. Despite the women’s team’s recent losses, up until their last game against the University of Jamestown the women’s team has been the dominating team in their games.

Maxon explained, “As good as we are on the field moving the ball in the center of the field, we lack something on the two ends of the field.”

According to him, the men’s team has usually been the dominating team in their games as well. He also added, “On the men’s team, our big Achilles heel is set pieces; defending them.”

Preseason this year was different than in the previous years. The teams did less running. Instead, a lot of the conditioning was done through training games with an emphasis on station work.

There are also no major injuries on either team so far with the exception of one torn ACL on the men’s team.

The women’s team which has a roster of 37 players this year started out this season with two strong games that they both won.

The men’s team, on the other hand, which has 64 players this season started out with two losses.

The goal for the men’s team this season is to win the conference, according to Maxon. With the women’s team, on the other hand, he hopes to reach the playoffs.

Megan Messersmith, a senior goalkeeper on the women’s team, said that the team’s goals are to “[…] be in the top three for our conference but more than anything we’d love to make it to Nationals.”

About the upcoming games against Northwestern College, Messersmith stated that they are a tough team to beat. However, since this will be their first conference game that will be played at the home stadium, she hopes the fans’ and teammates’ support will give the team a confidence boost.

Both teams have their next game at the Elwood Olsen Stadium on September 21.