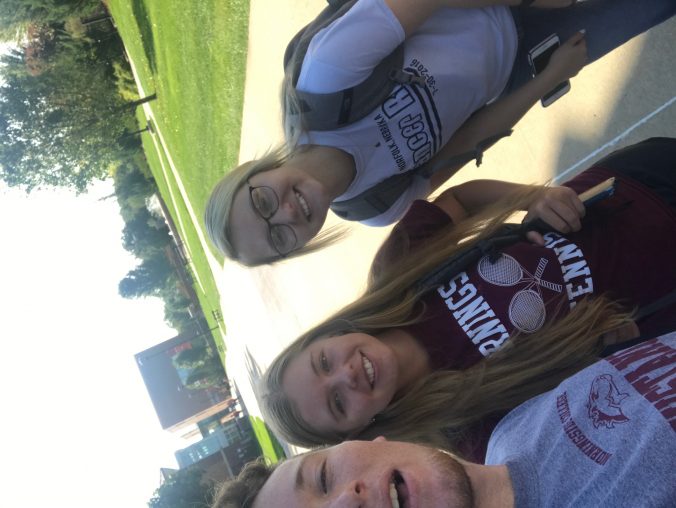 On my scavenger hunt I was assigned to take a selfie with two strangers, while, additionally, getting a restaurant recommendation.

First, I walked up to Amber Deuel and Emily Clotfelter as they were heading to lunch. I introduced myself and started some small talk. We were all three being freshman so we started to talk about school and how long we have been here. Amber said, “I feel like I have been here forever but it has only been a month.” Shortly after, I asked to take a selfie with the two, and they said yes. After, we all said goodbye and went our separate ways.

Shortly after, I found Madison Goodwin as a spokesperson for a restaurant recommendation. Once again, I introduced myself and told her my background. I was straight forward and asked her for a recommendation in Sioux City. She recommended Chick-fil-a. However, it seemed she thought that was too ‘basic’ because she mentioned shortly after “I am sorry I hope that is good enough.”

The Reality Behind School Supplies

"From Down South" is proudly powered by WordPress MU running on Morningside.edu Blogs. It is protected by Akismet
Create a new blog and join in the fun!