by Rae Clinkenbeard–Much has been changing over the last month due to COVID-19, and the school year is quickly coming to an end in a way no one could have expected. I definitely did not see this being the end to my senior year. As part of my senior project for my Arts Administration major,...

Photos by Abby Koch- COVID-19 has caused numerous signs to be placed to enforce social distancing or convey what people can and can’t do. Some signs are to help direct where to get certain wants and some are showing how people feel. Signs have become a big part of the COVID-19 pandemic.

by Tracie Tuttle– It has been surreal watching the Morningside campus go from bustling with students to the somber state it’s currently in. Just remember, everything will eventually go back to normal and the Mustangs will be back, stronger than ever.

Photo, Sports / March 12, 2020 Round One: Photos of the Men’s and Women’s National Tournament

The long ball kept College of the Ozarks close, temporarily, but once Morningside established its inside game, the Bobcats wilted. The Mustangs easily picked up the first round NAIA National Tournament contest 99-58. Next up is Oklahoma Wesleyan Friday morning in Sioux Falls’ Sanford Pentagon. Note: The NAIA has announced only immediate family and official...

photos by Mackenzie Bennett For a story and results click HERE.

by Jonathan Covert–In a matchup the Mustang men swept during the regular season, a threepeat was not meant to be Wednesday night against Hastings. Hastings charged out against Morningside to take home an upset 84-80 win. The Mustangs went up 15-6 at the start of the game, but that would be the biggest lead the...

by Jonathan Covert–Morningside made it three for three against Northwestern Wednesday in the first round of the GPAC women’s tournament. It took an overtime period, but the Mustangs advanced with a 90-87 win. During the season, the Mustangs swept the Red Raiders 76-66 at home and 78-68 at the Bultmann Center in Orange City. The... 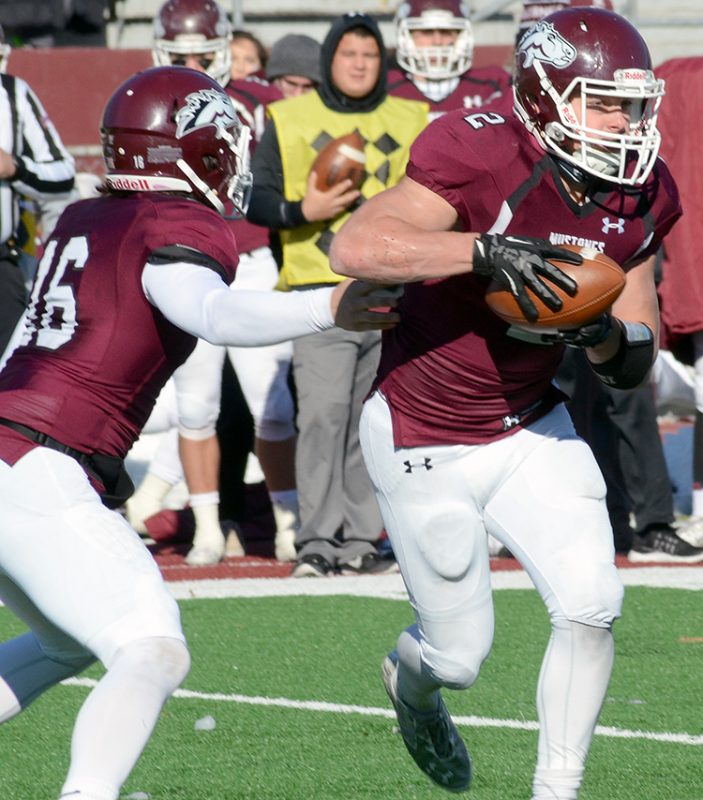 (11.21.16) Morningside’s football team rolled up a 65-17 win over #12 Tabor to begin the post-season. The #5 Mustangs now have a date with #4 St. Francis (Ind.) in the quarterfinals. It will be the third meeting for the two teams. Morningside is looking for its first win over the Cougars. Read a full Tabor game recap… 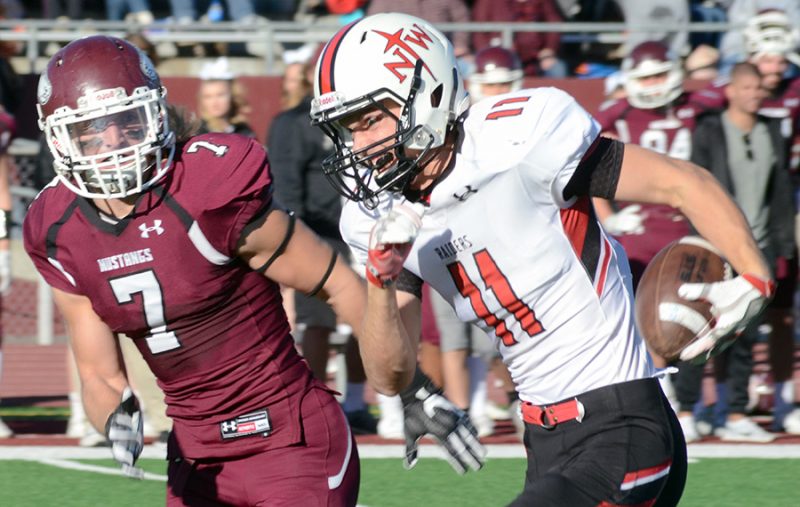 A 14-13 win over Northwestern gave Morningside the outright GPAC championship Saturady (Nov. 12). Read the recap here. The Mustangs, 9-1, now head into the playoffs against #12 Tabor on Nov. 19 at noon. A preview of the Tabor game is here. 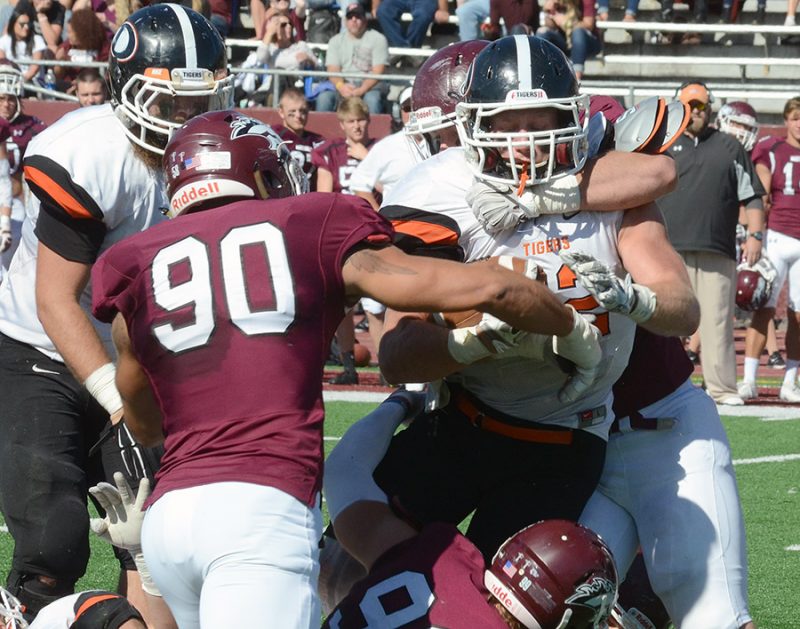 What shoulda, coulda been a competitive GPAC football contest turned out to be a yawner. Morningside, ranked #6, dropped 69 points on overmatched though #3-ranked Doane Saturday. The win moved the Mustangs to 4-1 heading into an October 15 match at Midland. Get the details here. 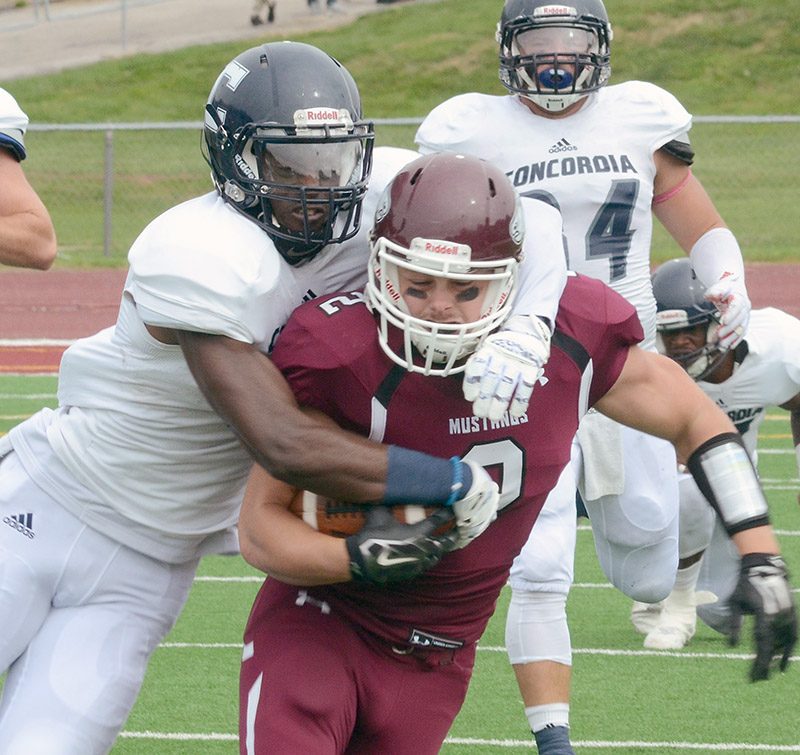 Homecoming Week ended with a big 55-13 win over Concordia. The Mustangs moved to #6 nationally in the NAIA standings. Read more here. 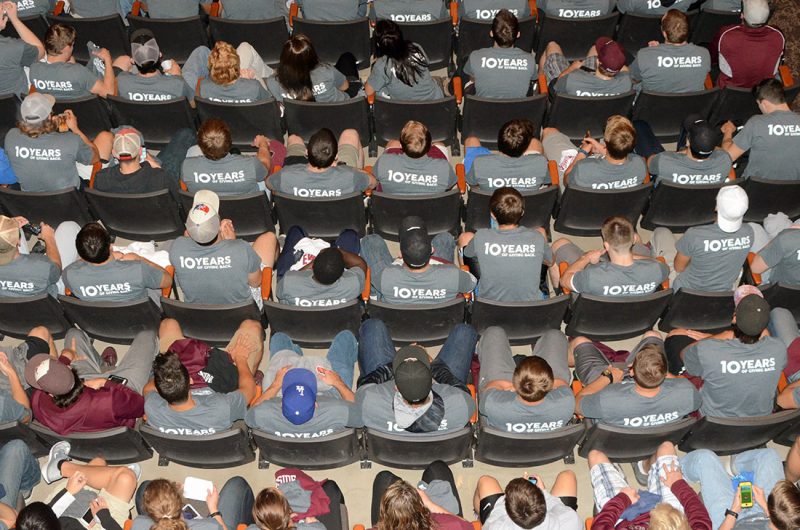 Nearly 900 Morningside student volunteers went “into the streets” October 4th for a day of community service. Read about it here. 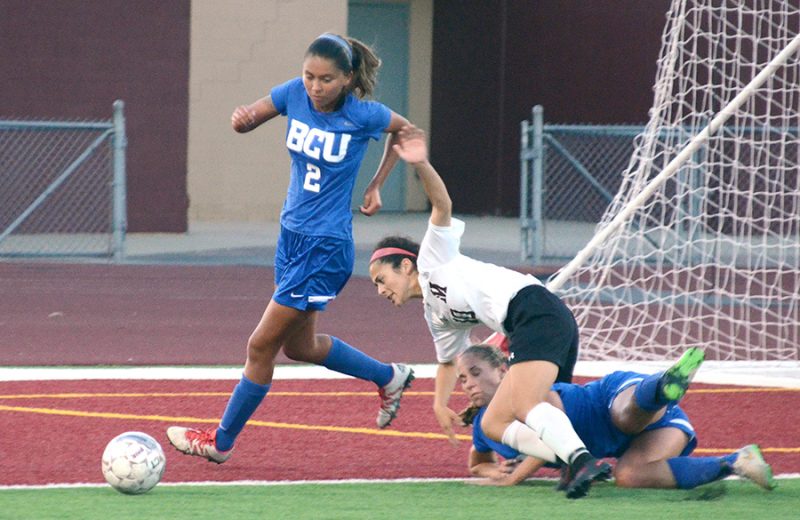 Both Morningside teams notched GPAC wins over Briar Cliff Wednesday evening. The women won 1-0 on a goal by Amy Grause. The men took a 3-1 victory to move to 7-1-1 on the season. Read athletic department stories here.